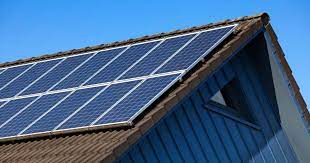 If you’re interested in solar energy, you may want to know how solar panels are made. Solar panels are silicon cells surrounded by a protective film and a metal frame. They are then grouped into arrays and placed on rooftops or large outdoor areas. Solar cells, also called photovoltaic cells, absorb sunlight during the day and produce electricity. Find here the best sources of renewable energy in Bahrain.

The first step in making solar panels is creating silicon cells. The silicon is first melted to form an ingot with flat sides. This silicon is then polished to create a thin disk or wafer. The wafer is then cut into tiny pieces using a laser cutter.

The next step in the manufacturing process is forming solar cells. Solar cells are made from silicon boules, polycrystalline structures with the atomic structure of a single crystal. The most common method of creating these silicon boules is called the Czochralski method. During this process, a seed crystal is dipped in molten polycrystalline silicon and then removed and rotated. The result is a cylindrical ingot that is 100% pure.

There are several different types of materials used in solar panels. The most common material is silicon, which makes up 95% of all solar modules. This material is abundant in nature and is also found in computer chips. Its unique crystalline structure provides a more organized structure for converting light into electrical energy. In addition, solar panels can be made from various materials, including glass, metal, and amorphous silicon.

The basic components of solar panels consist of a metal frame containing a silicon semiconductor. These modules are enclosed in a protective material; usually transparent silicon rubber or butyryl plastic, often found in automobile windshields. Using a process called sputtering, the material is heated and condensed onto the silicon. A high voltage is then used to knock the molecules off the material and deposit them on the opposite electrode. Silicon can also react with oxygen or nitrogen-containing gases to form silicon dioxide.